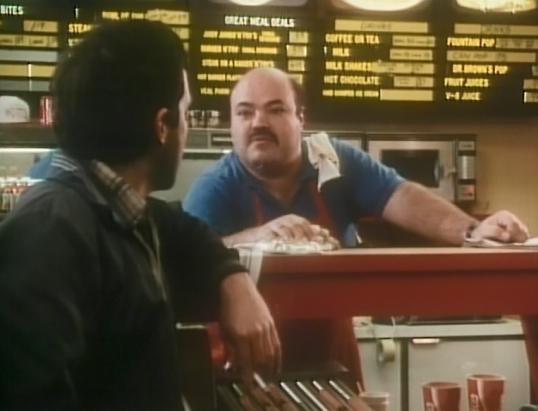 Dude, I hate this guy so much. As I mentioned on tumblr the other day, though, I’m really glad the show touched on discrimination of alternative appearances/styles, even if it was just for a second. I wonder what it’s like in TO now, but down here in the South it’s still very much alive and well. I have so much hope that one day, crazy-haired, tattooed, or pierced people can be treated as professionals as well. Oh yeah, we’re here about Don. I mean there’s not much to say about his fashion sense as he’s dressed for work in a blue polo and red apron, and I’d sure love to judge and reject him for his mustache, but you know what? I won’t. There you have it, the first and last time we have to see Don. Bye Felicia! Hope your normal-looking busperson SUCKED at their job!