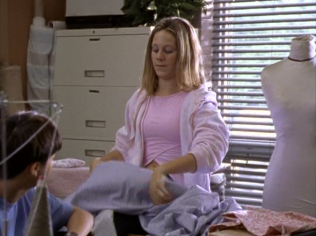 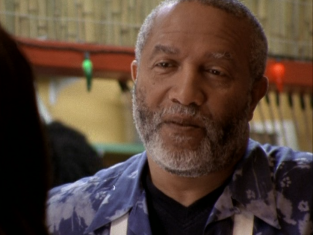 Now it’s time for the minor characters, group shots, and other miscellaneous fashion moments. First, I just captured this guy with bedhead and a hoodie for some reason. Then a Degrassi student in a silky hijab. Then, someone in sewing class with an interesting hemline to her pink shirt, which is under a zip up hoodie, Degrassi Community School’s favorite clothing item. Next is Wayne, the guy who owns the Caribbean restaurant. He is such a sweetie. He wears a floral shirt and an apron. And finally just a little group shot of some random kids in low rise pants, capris, etc.