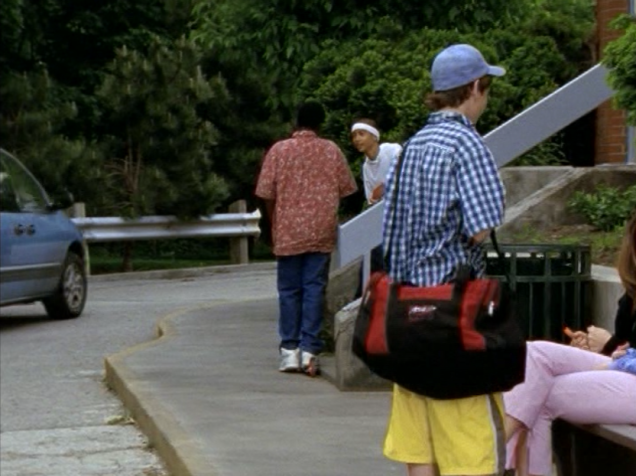 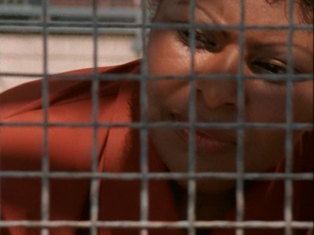 For our miscellaneous shots today, I first grabbed this dude in a gingham shirt and also, like huge bright yellow shorts, a few other baggy outfits in the background. Then, is this wonderful example here, one of the best fashion moments from the halls of DCS – the dudes with the mullets. When Paige is asked, what is a mullet, she points to them and growls, “THAT.” And this dude on the right definitely has a prize winning mullet. And I think it’s a requirement that a mullet must pair with denim. And the dude on the left is like a rebel/punk kinda guy who actually looks a lot like Johnny DiMarco (but thankfully we don’t have to think about him for several more years).  Then, Angie’s day care teacher is watching Craig who is definitely acting as creepy as possible – I captured her because she’s got those awesome skinny 2000s eyebrows, yes queen! As I’m writing this on the blog, it’s October, the month I indulge in shaving off my brows for costume purposes, so I’ve been having fun drawing those 2000s brows on my own face. And finally, Joey is trying to sell a car to this nice looking couple dressed in traditional cultural garb, which I will not even attempt to identify, but it’s beautiful.